Strangers and Other Trespassers | Lauren Drummond 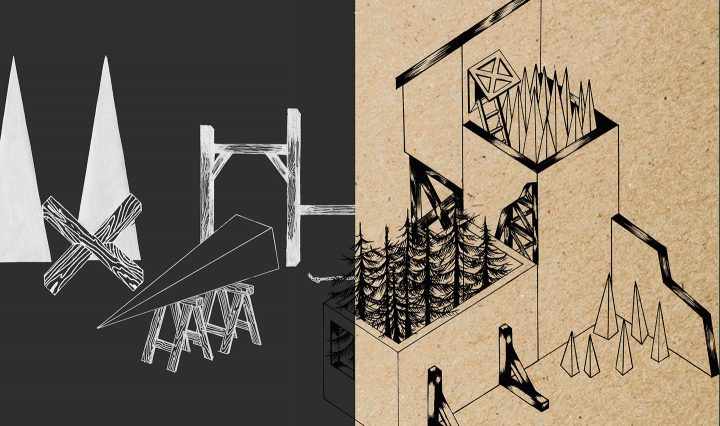 ‘Strangers and Other Trespassers’ presents a body of new and ongoing sculpture and drawing work by Newcastle based artist Lauren Drummond.

The work manifests at the interconnection between an existing landscape and an invented environment; embracing the potential of both myth and fact as they re-invent one and other. The point of departure is through exploration of the forest environment with current emphasis placed on notions of sanctuary, territory, habitat and hunting; potentially re-appropriating divisive political narratives on issues such as place and belonging. Although the work has potential to allude to these issues Drummond maintains an open receptivity to the ongoing occurrences and transformations of the landscape and the possibility of what could occur there. This ongoing speculative process creates an ambiguous tension and open narrative.

Recent research has involved spending time in the forest, typically as darkness falls, letting thoughts drift and perceive things within the branches and shadows. It is then that the standardized preconceptions of the environment give way to more divergent scenarios of what could translate there as the mind bends it’s confines of rational/irrational situations.

« Calculated Fascinations | Jack Conner Kemp
While You Were Out | Aloe Corry »