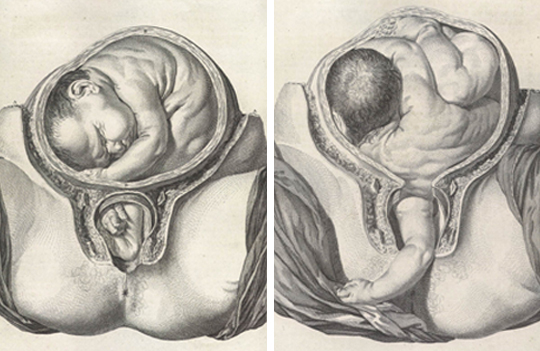 One womb: A single cell: the first breath.

The 21st century has given birth to technological advances in obstetric practices. Now largely managed by medical professions, fear and suspicion of natural childbirth have led to violent and invasive birth procedures.

Being born and coming into the world is a unique initiation that entails considerable stress and is seen as potentially the most dangerous period of existence, whether one is the mother or the baby.

The physiological processes which occur during transition from the womb to world are both sudden and dramatic; the infant secretes immense levels of hormones to prepare for the switch from an aquatic environment to an independent air breathing mammal. But nature can be fickle…

Death in utero: an umbilical noose: a breach of birth.

Confronting the reality of childbirth is central to the work in ‘Breach Birth’. Miniature pencil drawings fixate on what Kristeva considers the abject maternal body: “…desirable and terrifying, nourishing and murderous…” The blood and afterbirth which emerge from the maternal body are visible signs of the connection between inside and outside, self and other, thus “what disturbs identity, system, order…does not respect borders positions, rules.” The reduction in scale and absence of bloody hues make what were graphic, explicit and inescapably abject photographs somewhat more palatable, even beautiful.

From the corporal to the inanimate, miniature models and familiar objects communicate tender visions of the physical and psychological conditions of childbirth. The present absence of the mother and her neonate mirrors the innately volatile nature of maternal nurture.

Contemplate a return to the womb. Assume the fetal position and umbilical connection in utero. A place of safety, protection, nourishment? Or a metaphor for suffocation, entrapment and imprisonment, where the pending release is one of struggle, pain and peril?

A still birth would be preferable.

As part of a wider audience development plan, 36 Lime Street is proud to present a series of new projects for the third year of its gallery space. A new programme of exhibitions and events has been co-ordinated to run from May 2013 through to January 2014 which will encompass painting, sculpture, installation, drawing and three-dimensional design. 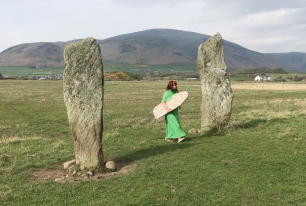