NEW TICKET DESIGNS FOR Open Studios 2016 We are holding a raffle to raise funds for the maintenance of our Grade II Listed building. Ticket designs have been letterpress printed by Hole Editions, with only 100 of each design available.

Congratulations to furniture designer maker Michael Armstrong | AFID Design who won £100 and best maker/studio in show, voted for by visitors to Open Studio’s 2015.

This year’s programme will allow for 7 exhibitions to take place between the end of March and December 2016.

36 Lime Street Gallery are now seeking proposals for our 2016 programme. This year’s programme will allow for 7 exhibitions to take place between the end of March and December 2016. This space is available for artists, students and studio 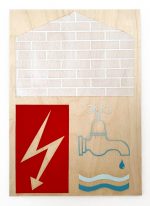